To deal with the vast range of powerful emotions after the September 11th attacks, many New Yorkers turned to writing. Putting pen to paper helped them to work through some of the frustration, sadness and disbelief that were perhaps the most indelible marks left after that tragic day. Some of these writers were spectators who lost close friends and family in the Twin Towers. Others were direct victims of the attacks. One woman, Lauren Manning, wrote an incredible autobiography of her experience on that luckless day, and the subsequent years of her survival and transformation.

Unmeasured Strength, which released just last week, captures Manning’s personal journey: “I can’t leave, I can’t leave my son. I haven’t had enough time with him. I worked so hard to have him. I can’t leave him now…” And as she later reflects: “I would not surrender to the terrorists. I would not permit them to define me, or take one more moment of my life.”

Personally, we couldn’t put this book down. Manning’s candid and eye-opening revelations, especially as a mother to a one-year-old little boy on 9/11/01, had us hooked. How could a relatively new mom with such profound bodily injuries ever hope to be a mother again? As you’ll find out, she’s done just that and so much more. Today, she has achieved an inspiring state of recovery, living in New York City with her husband, Greg, and their two boys, Tyler and Jagger.

On September 11, 2001, Manning was enveloped in a massive fireball of jet fuel. While it took much of her skin, a few digits, and nearly her life, the flames also fired up her amazing inner toughness. Read more… 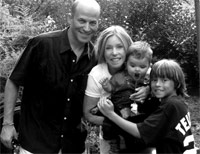 No company suffered on Sept. 11 as much as the bond broker Cantor Fitzgerald, which lost 658 people. One of the few employees to survive that day was Lauren Manning, who was in the lobby of the World Trade Center’s North Tower when the first plane hit. Read more… | Listen to the Story

“Normally I’d have been at work at the analyst desk in the Cantor Fitzgerald offices on the 105th floor of the North Tower by 8 a.m., but that day I was running late, so it was about 8:45 when I headed into the lobby.” Read more… 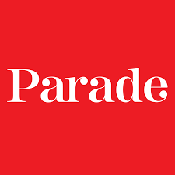 “Intense, humbling, Manning’s story is, above all, amazing.” Read more… 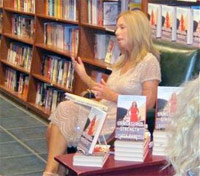 A standing-room only crowd of readers, friends and well-wishers turned out in Sag Harbor on September 4th for Lauren Manning’s debut book signing for Unmeasured Strength, her memoir of healing from injuries sustained on 9/11. Read more…

Lauren Manning tells the story of her near death experience on 9/11 and her subsequent ten-year journey of survival and rebirth. Listen Here.... 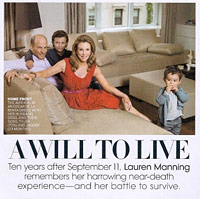 Lauren Manning: A Will to Live 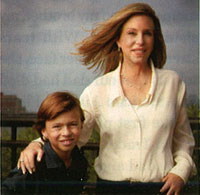 “I wish I was the one who got Osama, Mom.” Lauren Manning, author of the new book Unmeasured Strength, was gravely injured in the World Trade Center attacks. We asked her to share how her battle to live shaped her son Tyler’s life. Read more… 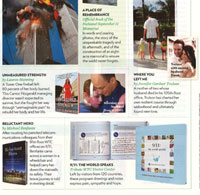 A Tower One fireball left 80 percent of her body burned. This Cantor Fitzgerald managing director wasn’t expected to survive, but she fought her way through “unimaginable pain” to rebuild her body and her life. Read more… 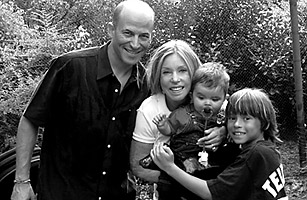 A Decade After 9/11, One Survivor’s Tales of a Miraculous Recovery

Most Americans will pause on the upcoming tenth anniversary of 9/11, taking a moment out of their year to reflect on the meaning of that tragic day. But Lauren Manning has lived with the aftermath of that event every minute of every day for the past decade. Read more…

NEW YORK – A decade after nearly being burned alive at Ground Zero, Lauren Manning has learned to live with “my new normal.” Or, as she says, “I dwell in an imperfect place, but it feels just right to me.” Read Page 1 | Read Page 2 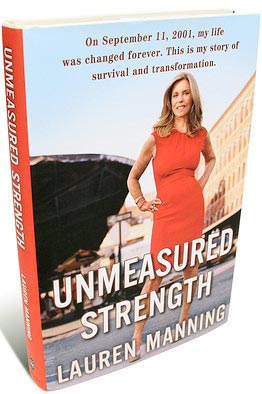 A 9/11 Survivor Tells Her Story

On the spectacular September morning when two passenger jets tore through the World Trade Center towers in a heretofore unimaginable act of terrorism, Lauren Manning happened to be in the lobby of the north tower when it was hit by the first plane. Waiting for an elevator that would take her to the 105th floor, where she worked for financial-services company Cantor Fitzgerald, Ms. Manning had heard a piercing whistle and attributed it to construction noise—but then she felt the building quake and a fireball flashed from the elevator bank like a blast from hell, engulfing her. Read more… 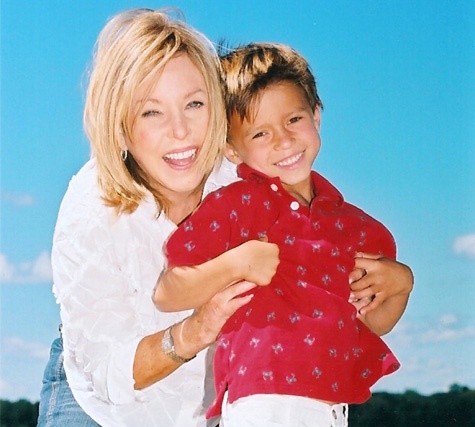 Lauren Manning Remembers 9/11 and Everything That Came After – Culture

Vogue caught up with the author of Unmeasured Strength to discuss the importance of writing the book, her approach to parenthood, and the legacy of 9/11 ten years after the attacks. Read more… 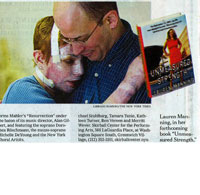 CITY ROOM: Conversations on the Eve of 9/11

A burn center’ director remembers the days after the attack of Sept. 11, 2001, and a victim plans to be out of town on the anniversary, as usual.

Striding across the lobby of a Manhattan high-rise, she exudes the confidence she once routinely projected as a senior vice president and partner at Cantor Fitzgerald, the bond-trading firm that lost 658 people on September 11, 2001. That day as she entered the building, a fireball raced down the elevator shaft and blasted her back out, burning more than 82% of her body. Doctors gave her just a 15% chance of surviving.

(CNN) — On September 11, 2001, a fireball engulfed Lauren Manning as she arrived to work at the Twin Towers. Now, after suffering burns to more than 80 percent of her body, and being given a 10 percent chance of survival, Manning is nearing the end of physical therapy and savoring every moment of a life nearly lost. 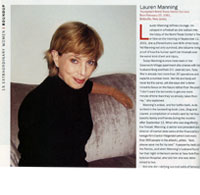 Lauren Manning defines courage. Enveloped in a fireball as she walked into the lobby of the World Trade Center’s Tower One on the morning of September 11, 2001, she suffered burns over 80% of her body. Yet Manning not only survived, but she became living proof of how the human spirit can triumph over the worst kind of evil and injury. Read more…

TWO YEARS LATER: FOLLOWING UP; Amid the Enduring Tears, Survivors Working Hard to turn a Page

Even in her workout clothes, she looks elegant, her bright blond hair fashionably cropped, her bright blue eyes meticulously made-up. She lies back on a piece on gym equipment, grabs the handles on two pulleys and grimaces a bit as she pulls and pushes against the weight. She does a lot of repetitions. But this is not a gym, it is a hospital. It is where Lauren Manning still spends most days, working fiercely to overcome the injuries she suffered on Sept. 11.

Glamour Magazine Woman of the Year 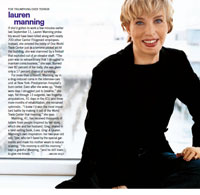 If she’d gotten to work a few minutes earlier last September 11, Lauren Manning probably would have been killed along with nearly 700 other Cantor Fitzgerald employees. Instead, she entered the lobby of One World Trade Center just as a terrorist-piloted jet hit the building; she was slammed by a fireball that exploded out of an elevator shaft. “The pain was so extraordinary that I struggled to maintain consciousness,” she says. Burned over 82 percent of her body, she was given only a 17 percent chance of surviving. Read more…

LAUREN MANNING: After Months in a Coma, Quickly Walking and Laughing Again

For an international symbol of hope and courage, Lauren Manning turns out to be a lot of fun — and often very funny. Mrs. Manning, who was engulfed by a fireball in the lobby of 1 World Trade Center while on her way to work on Sept. 11, refers to the time she spent in a coma as “that three-month hiatus when I was napping.” Her most recent operation at New York-Presbyterian Hospital, where she spent months in the burn unit and in July had surgery on her shoulder, was “five days back in the Big House.” And when her husband, Greg, says she can now sing as well as she used to — her voice is becoming far less hoarse — she is quick to point out that “he’s deaf in one ear.” Read more…

She still has a long way to go. But when Lauren Manning says she is going to be just fine, you have to believe her. After all, she has beaten the odds before. Read more…

A NATION CHALLENGED: THE INJURED; First, She Managed to Live; Now Comes the Harder Part

In a season of sorrow for so many, some glad tidings: Lauren Manning lived, after all. On Sept. 11, Mrs. Manning was engulfed in a fireball and burned over most of her body as she entered the north tower of the World Trade Center. She prayed to die, she told her husband that day, but then decided to live, for him and for their year-old son. Read more…

A NATION CHALLENGED: THE INJURED; A Fireball, a Prayer for Death, Then an Uphill Battle for Life

This is the story of a woman who decided to live. No one knows yet if she will. Her name is Lauren Manning, and on the morning of Sept. 11 she had just walked into the north tower of the World Trade Center when the first plane hit. She was engulfed in a fireball. Read more…