"You Don't Know How Strong You are Until Strong is Your Only Option."

Lauren Manning is the co-founder and CEO at Youboard Inc., and a managing director at Golden Seeds. Manning was a former managing director and partner at Cantor Fitzgerald. Manning is a regular keynote speaker, and the author of The New York Times Bestseller, Unmeasured Strength, A Memoir of Hope, Survival and Transformation (Holt 2011, St Martins 2012). In addition, she was the subject of the New York Times Bestseller Love, Greg and Lauren (Bantam Dell March 2002, Sept. 2002). Manning’s message focuses on helping others identify their own unmeasured strength, assume self-responsibility and leadership in crisis/risk situations, both professional and personal. Manning is also a periodic national media contributor on terror and survival-based issues.

In addition to Manning’s business roles, she is active member in a number of financial industry and community-based organizations including: Board of Directors Sanctuary for Families, Narrative Medicine Advisory Council at the College of Physician’s and Surgeon’s, Columbia University, Advisory Board Glamour Magazine’s Woman of the Year, Advisory Council for I-pads for Soldiers, East End Hospice’s Camp Good Grief Development Council, Financial Women’s Association and the Ellevate Network.

The New York Times called Manning “an international symbol of hope and courage.” Manning was named one of CNN’s Most Intriguing Newsmakers in the last 25 Years. Manning was a Glamour Magazine Women of the Year. She was selected as one of Oprah’s Most Memorable Guests and the subject of Today Show Emmy Award-nominated segments, and a Gracie Allen Award-winning story. Manning received the Women’s Bond Club honor for Strength and Courage. Manning was also a featured honoree of “Without Fear” given by the Anti-Defamation League. Manning was chosen to carry the Olympic flame as part of the first ‘Around the World Olympic Torch Relay’ for the New York leg of the Athens Olympics. Manning is a recipient of the Norman Vincent Peale Award for Positive Thinking, Blanton Peale Institute. She received the Burke Award, from the Burke Rehabilitation Center for demonstrating strength in overcoming a disability and for her efforts to help people with disabilities gain independence. Burke is an internationally recognized leader in research and rehabilitation facility. President Obama cited Manning, “a personification of American resilience.” Manning is a recipient of the National Award from the American Occupational Therapy Association, and she was nominated as Woman of the Year by NAPW. Manning also received the Good Heart Award from the East End Hospice.

A portion of the proceeds from Unmeasured Strength and Love, Greg & Lauren go to Sanctuary For Families, the Cantor Fitzgerald Relief Fund, East End Hospice: Camp Good Grief, and iPads For Soldiers. Please join me in supporting these extraordinary organizations. 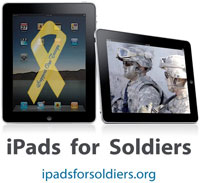